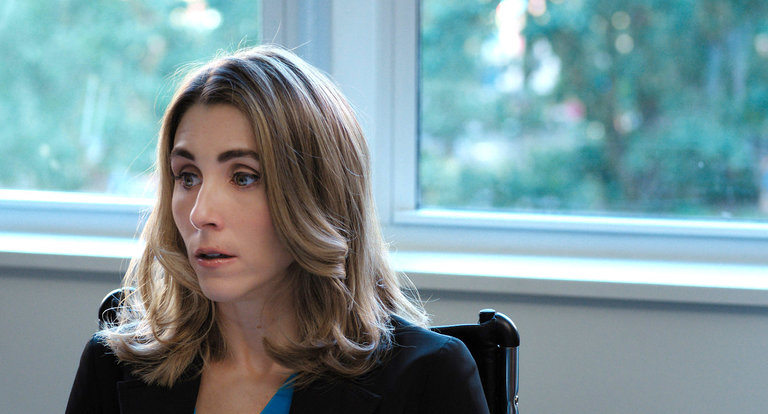 “I like money,” says Naomi Bishop in an early scene in “Equity.” In 21st-century America — especially in the finance industry, where Naomi works — that hardly counts as a radical statement. But Naomi, speaking to a group of professional women, is making a point less about her own feelings than about the gender stereotypes and sexist assumptions that prevail in the business world. She contends that, although women have grown more comfortable asserting their ambitions, they haven’t fully embraced the competitive dynamic of modern capitalism.

Tightly directed by Meera Menon from an astute, efficient script by Amy Fox, “Equity” takes Naomi herself as a test case. Played by Anna Gunn with a striking blend of unguardedness and poise, Naomi sits in a spacious office near the top of a big investment bank. She is comfortable with power and confident in her own abilities, even as she is aware of the double standards and hidden biases that surround her. In spite of a recent setback — an I.P.O. she was handling went bad — she is the very image of success, with a beautiful apartment, a handsome lover (James Purefoy) and the respect of her colleagues.

You might suspect that Naomi is being set up for a fall, and, to some extent, the film is a cautionary tale, a warning about the hidden traps and double binds that lie in wait. A copy of “Unfinished Business,” Anne-Marie Slaughter’s book about “how women still can’t have it all,” makes a brief, pointed appearance onscreen, and “Equity” dramatizes some of its arguments about the impossible choices women face in the workplace. One of the most wrenching scenes involves the childless Naomi’s figuring out that her protégée and vice president, Erin (Sarah Megan Thomas), is pregnant. The look on the younger woman’s face — pure panic eating away at the obligatory mask of joy — haunts the rest of the movie.