Women are running for political office in record numbers this year. They are challenging the sexual status quo from Hollywood to corporate offices, pursuing power as seldom before.

But there is one barrier yet to be toppled: Money.

Of 2,043 billionaires on the latest annual Forbes tally, 227 are women; most of that small group inherited their wealth.

A record number of women were donors and political bundlers for Hillary Clinton’s campaign, but men still gave the most money and were the largest individual donors. Parents spent more time talking about money with boys than with girls last year, according to a survey conducted by T. Rowe Price. 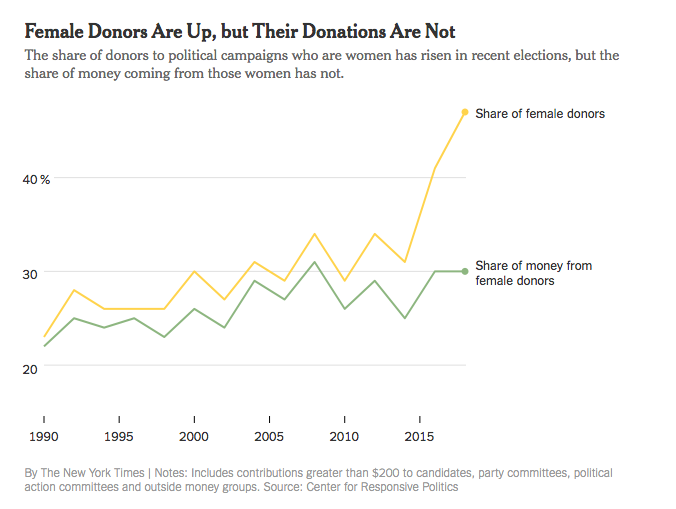 For all the heady anticipation about women winning midterm elections and female voters demanding change, it’s the influence that comes with money that endures. “Political power is ephemeral,” said Alicia Glen, New York’s deputy mayor for housing and economic development, who was a managing director at Goldman Sachs. “People can just wait you out. But if you’re the richest person on the planet, there’s no waiting you out.”

Yet many women, those who grew up wealthy and those who did not, have long been steered away from the unapologetic drive for wealth.