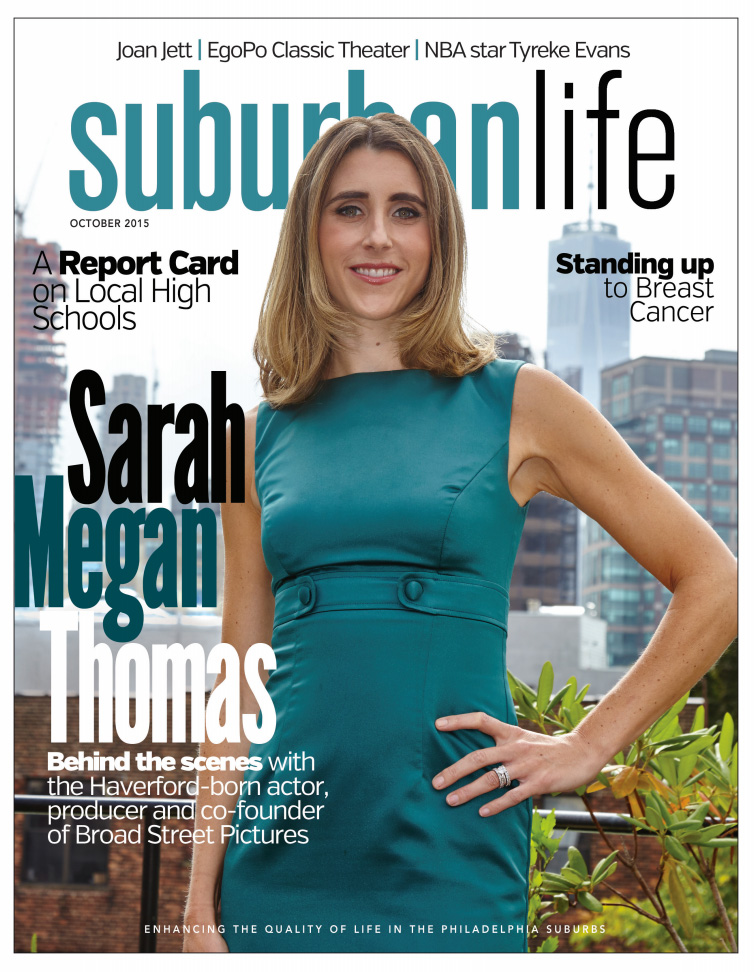 Sarah Megan Thomas, co-founder of Broad Street Pictures and star of the upcoming Wall Street film “Equity,” looks to break new ground on both sides of the camera

Although she’s best known as a performer, Sarah Megan Thomas considers herself, first and foremost, a storyteller. She’s always had an interest in both—even as a 6-year-old growing up on the Main Line, when she and her sister staged an “abbreviated” production of the musical “Les Misérables.”

She honed her interests as she grew older. At the Shipley School in Bryn Mawr, Thomas nurtured her talents in the arts and sports such as crew and basketball. After high school, she moved on to Williams College, a prestigious liberal arts school in Williamstown, Mass., and later moved to England to earn her graduate degree from Drama Studio London.

Her talents ultimately led her to a career in film, starting out playing minor roles in films such as “The Girl in the Park,” starring Kate Bosworth and Sigourney Weaver. Her “big break” came in 2012, when she starred in “Backwards,” based on a screenplay she wrote about a competitive 30-year-old female rower who had reached a crossroads in her life, both personally and professionally. The film, which also starred James Van Der Beek of “Dawson’s Creek” fame, was inspired by Thomas’ experience at Shipley; in homage, she chose to shoot the film at locations along the Main Line and in Philadelphia.

Although she admits to sometimes being torn between basking in the spotlight on the stage and working as a creative force behind the scenes, Thomas has reached a point in her career where she no longer has to choose between the two.

In 2014, she partnered with fellow actor Alysia Reiner (of “Orange Is the New Black” and “Sideways” fame) to found Broad Street Pictures, a production company that enables the pair to produce films that tell stories close to their respective hearts. First up is “Equity,” a female-driven Wall Street film that Thomas says was shot “mostly” in Philadelphia.