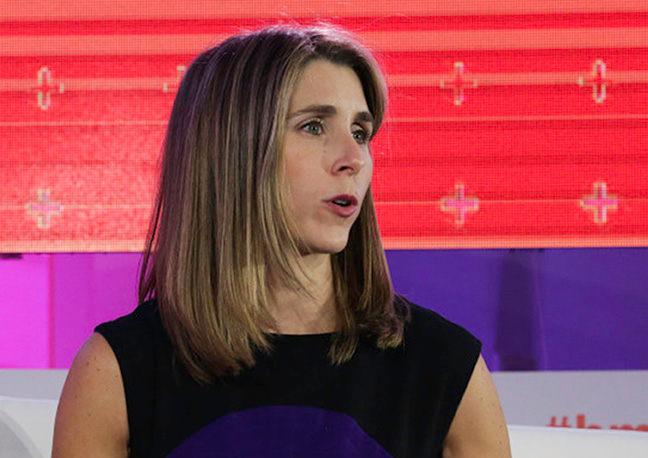 Hollywood is set to shine its bright light on another dark corner of the financial world.

“Equity,” the first Wall Street film in years to feature a woman in the lead role, will premiere next week at the Sundance Film Festival in Park City, Utah. One of 16 U.S. dramas in the annual competition that starts Thursday, the picture follows an investment banker, played by “Breaking Bad” co-star Anna Gunn, who’s passed over for promotion and struggles to pull off an initial public offering of a questionable technology start-up.

“Wall Street today, which is what our movie is about, is not Gordon Gekko,” Sarah Megan Thomas, a co-star and producer of “Equity,” said of Michael Douglas’s iconic role in the 1987 hit film “Wall Street.” “We wanted to show an accurate portrayal of Wall Street that shows gray lines.”

One of the first films to show the industry after the 2008 financial crisis, “Equity” joins a rush of movies and TV shows dramatizing the investing world as Hollywood seeks to chronicle Wall Street’s tumultuous recent history. Theaters are still showing “The Big Short,” an Oscar-nominated film about traders who prospered from the banking crisis, and CBS Corp.’s Showtime has just begun airing “Billions,” about a hedge-fund king and the ambitious prosecutor who pursues him. More is on tap.

“We have been through some kind of a financial roller coaster in the last decade or so,” said Jonathan Kuntz, a film historian who teaches at the University of California at Los Angeles. “The challenge of course is to make it dramatically interesting.”